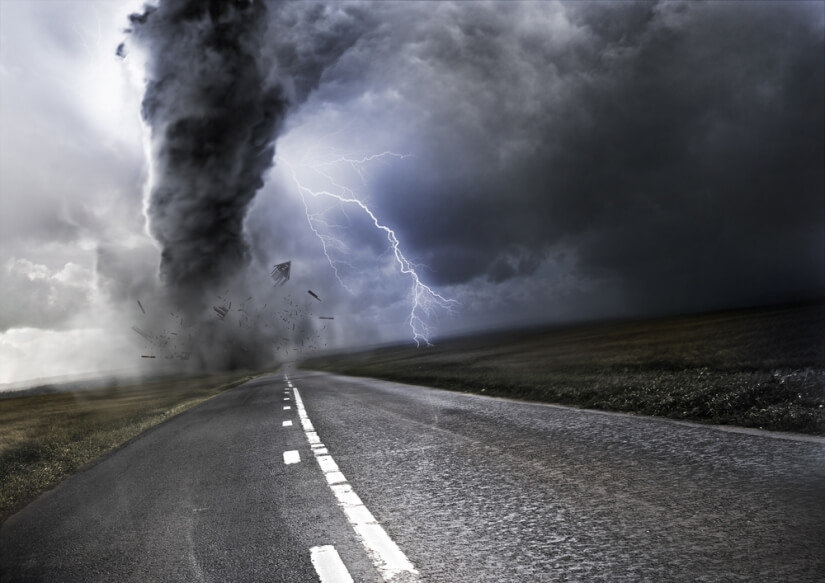 Think twice before you try to turn a natural disaster into a promotional opportunity.

American Apparel offered 20% off for those in states affected by Hurricane Sandy, in case they were “bored” by the storm.

The outlet sent out a promotional email to shoppers in Connecticut, Delaware, Massachusetts, North Carolina, New Jersey, New York, Pennsylvania, Virginia and Maryland – all states expected to be hit hardest by Sandy – saying, “In case you’re bored during the storm, 20% off everything for the next 36 hours.”: 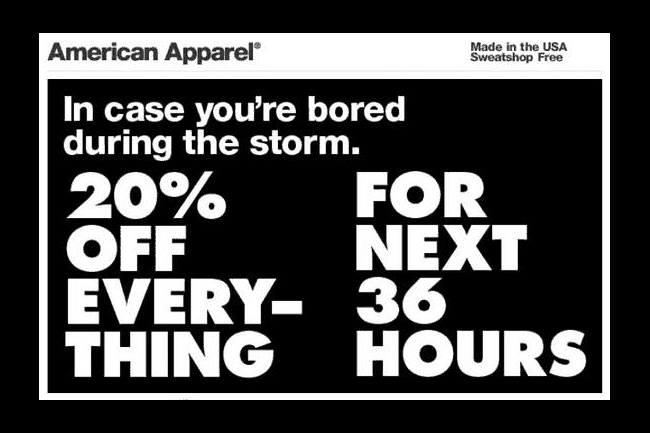 Customers quickly took to Twitter and other social networks to criticize the ad. 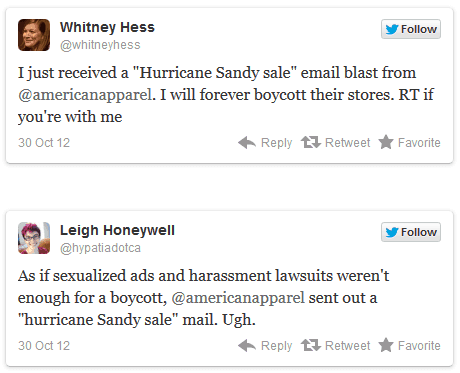 American Apparel apparently wasn’t the only brand to piggy back ride on Hurricane Sandy. Clothier Gap also made a mildly insensitive tweet, but then took it down and apologized.

GAP later took the tweet down and offered the following semi-apology:

To all impacted by #Sandy, stay safe. Our check-in and tweet earlier were only meant to remind all to keep safe and indoors.

American Apparel and GAP is just one of several companies that have committed online marketing faux pas. Last year, fashion designer Kenneth Cole’s Twitter account made light of the protests in Egypt by tweeting, “Millions are in uproar in #Cairo. Rumor is they heard our new spring collection is now available online.”

Short URL & title:
Don’t piggy back ride on natural disaster – Social media attack — http://www.torbenrick.eu/t/r/stj
Share it:
If you enjoyed this article, please take 5 seconds to share it on your social network. Thanks! 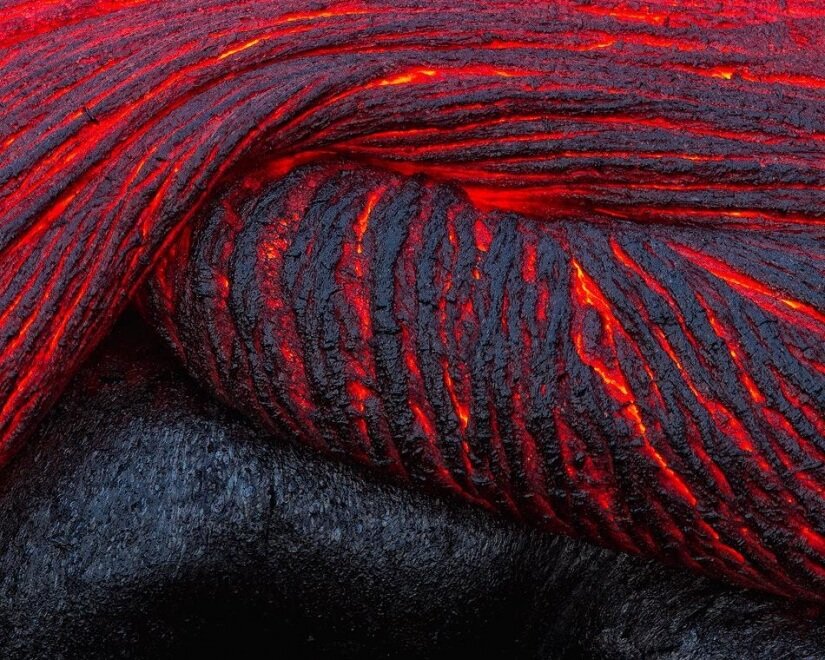 WHAT WERE THOSE #^*$#  THINKING, JUST DUMB I’M WITH YOU WHITNEY, LETS BOYCOTT!!