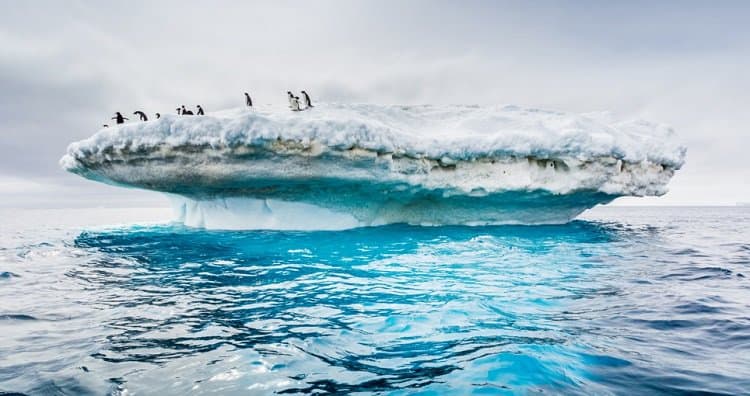 A colony of penguins lived on their iceberg for many years

In the book, “Our iceberg is melting”, by John Kotter and Holger Rathgeber, a fable is told about a colony of penguins who lived on their iceberg for many years. One day a curious penguin noticed signs that their beloved home, the iceberg, was melting. When he tried to share the news with others, he was met with skepticism, opposition and disbelief.

This story parallels the lives for many companies. To many companies are comfortable with the way things are and don’t want to change. When they suspect something is wrong, they sometimes avoid the difficult challenge of investigating and addressing the problem.

But changes in technology and other major trends cannot just be brushed under the board room table. Time is running out for many companies.

Toys R Us was once king of the toy castle – now doors are shuttered, inventory is liquidated and many employees are laid off. Effectively ending its 70-year run as the favorite toy store – and the most expensive playground on earth.

Toys R Us was the Apple Store of the toy world

It’s probably not a surprise to anyone that Toys “R” Us is closing. Physical toy stores have long been uniquely threatened by ecommerce. There aren’t many reasons a shopper would want to see a toy in person before buying it. There is nothing to try on, little to inspect. With toys, all that matters is price, selection, and whether the toy arrives in time for the birthday.

Don’t lose sight of the things that matter most

When successful companies face big changes in their environment, they often fail to respond effectively.

Toys R Us stopped providing a reason to go into their stores and do business with them. So, people started to simply order stuff online since it was faster and easier.

And Toys R Us wasn’t offering anything more than what any consumer could get online. The same is true many other companies. They built their own graves due to lack of observation, lack of initiative and by losing sight of why they still matter to the world.

Short URL & title:
The iceberg is melting but it is not due to global warming —  https://www.torbenrick.eu/t/r/hjz
Share it:
If you enjoyed this article, please take 5 seconds to share it on your social network. Thanks!