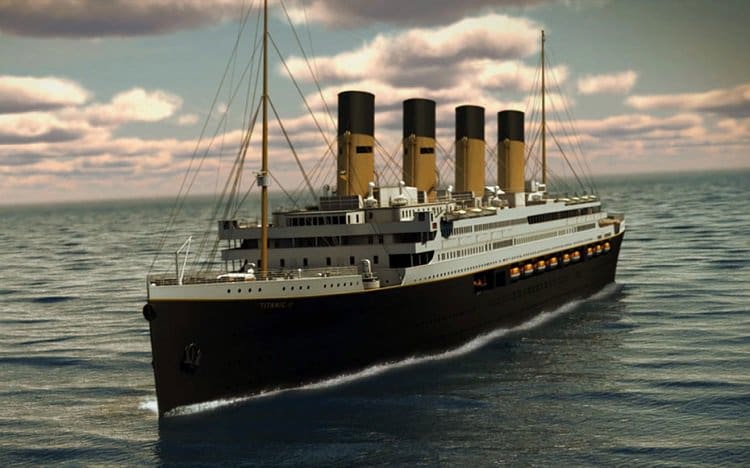 The Titanic may not have been sunk by an iceberg

Everybody know the story of the Titanic, the grandest ship in the world. It was the largest passenger ship, setting sail across the Atlantic in April 1912 from England to New York. But as it went north in the ocean, moving fast, it hit an iceberg.

Since the Titanic tragically sank more than 100 years ago, the world has believed it was because of a rogue iceberg – but it has now emerged that the gigantic ocean liner could have been brought down by a fire.

Titanic may not have been sunk by an iceberg after all

Senan Molony, an Irish journalist who has spent way too much time researching the Titanic, believes that it was actually a fire that caused the Titanic to sink. According to Molony, there was a fire in the ship’s hull that had been burning for three weeks without anyone noticing.

Molony devised this idea by researching photos of the ship when it was docked before leaving for America. He believes he sees really long black marks on the ship right about where the iceberg hit. So according to this theory, it was a combination of a long-burning fire and the iceberg that caused the Titanic to sink.

Basically, the fire made that part of the Titanic weak, so when it hit the iceberg, it immediately fell apart. 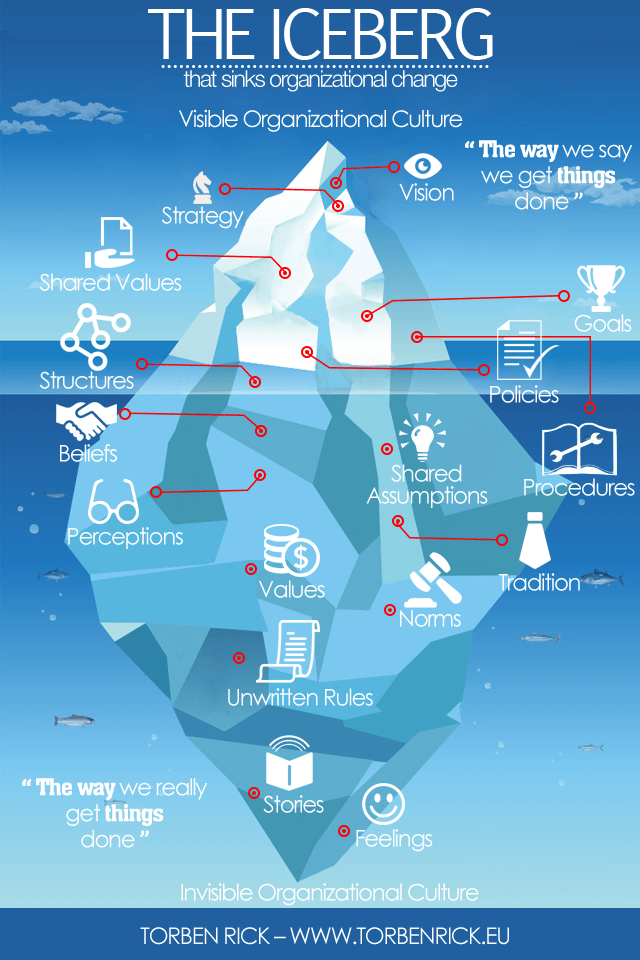 The important parts of the culture are essentially invisible – Organizational culture

Transformational change often fails because leaders under-attend to their organization’s culture or are not successful in shifting their old culture. Either of these can prevent the desired state from taking hold.

→ Read more: Be mindful of things below the organizations surface

Short URL & title:
Important parts of the culture are essentially invisible — https://www.torbenrick.eu/t/r/efi
Share it:
If you enjoyed this article, please take 5 seconds to share it on your social network. Thanks! 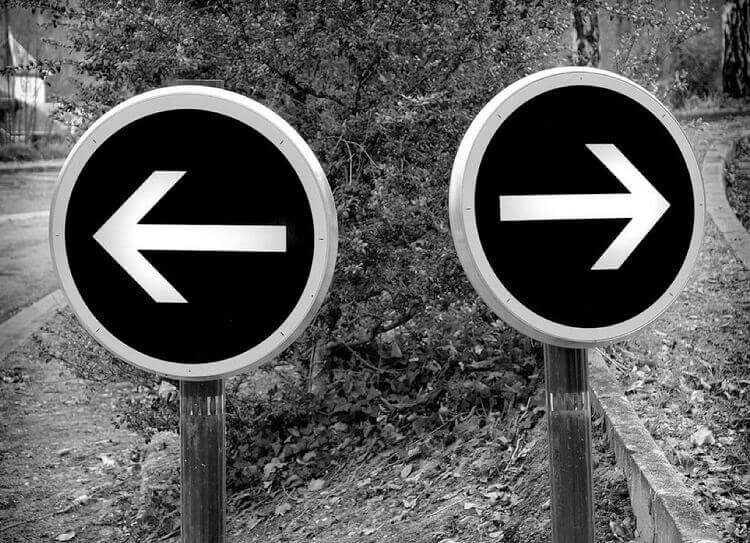