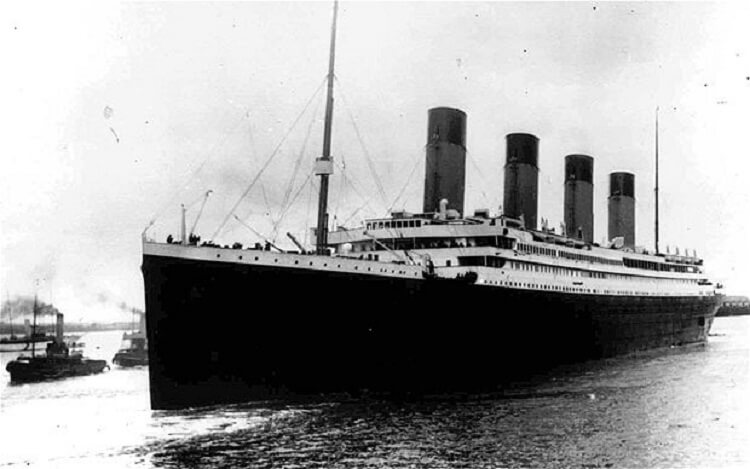 Titanic sank after colliding with an iceberg

In 1912 the Titanic was the largest ocean passenger liner of its time and was significant for many reasons. It was built in Belfast for trans-Atlantic travel as well as being sanctioned as a carrier of the Royal Mail Service. It was a great innovation for the period it was built.

The Titanic was thought to be an unsinkable vessel. Yet it was not prepared for the ill fate it met on April 15, 1912; this passenger vessel sank after colliding with an iceberg.

Some aspects of organizational culture are visible on the surface, like the tip of an iceberg, while others are implicit and submerged within the organization

An iceberg is a large piece of freshwater ice. It has broken off a glacier or an ice shelf and floats freely in open waters. It can become stationary if it becomes frozen into pack ice that came into contact with the seabed.

Because the density of pure ice is much less than that of sea water, it is typical for only one-tenth of the iceberg to actually be above the water.

The fate of the Titanic have some similarity to a seemingly well-planned and structured organization.

It seems quite ironic, that organizations are often not aware, or may choose to ignore the 90% of organizational attributes that are beneath the surface and not seen. Sometimes leaders make decisions only on the 10% that is visible to them! 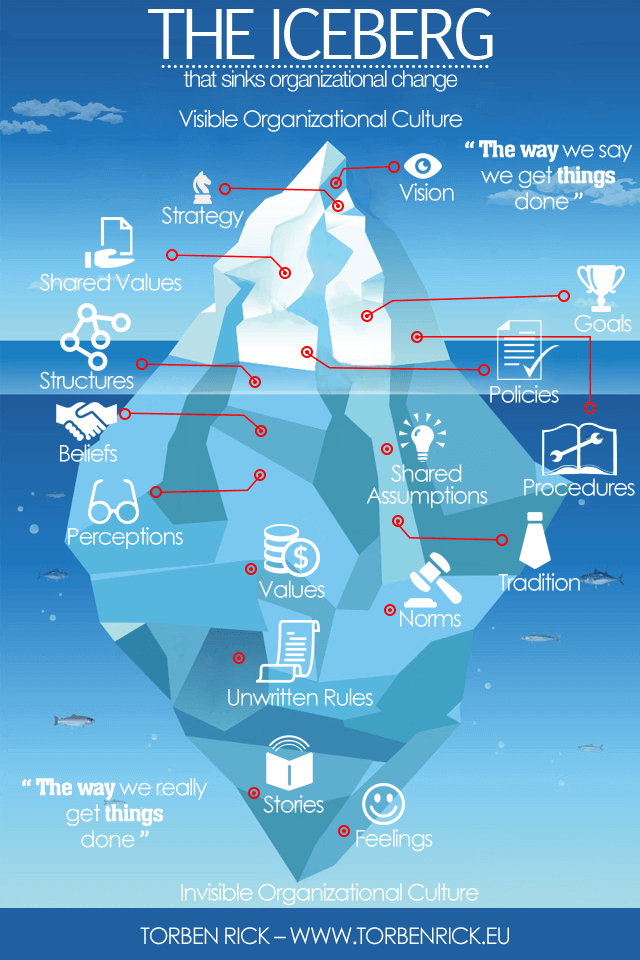 The iceberg of organizational culture change

Icebergs can be beautiful phenomenon. They can also be considered to be a force to be reasoned with, because of what may lie beneath the surface.

Short URL & title:
Organizational culture is like an iceberg — https://www.torbenrick.eu/t/r/fcj
Share it:
If you enjoyed this article, please take 5 seconds to share it on your social network. Thanks! 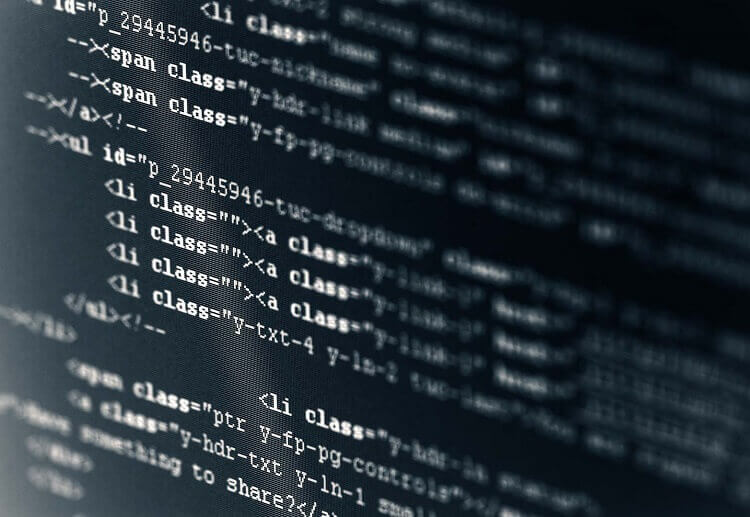 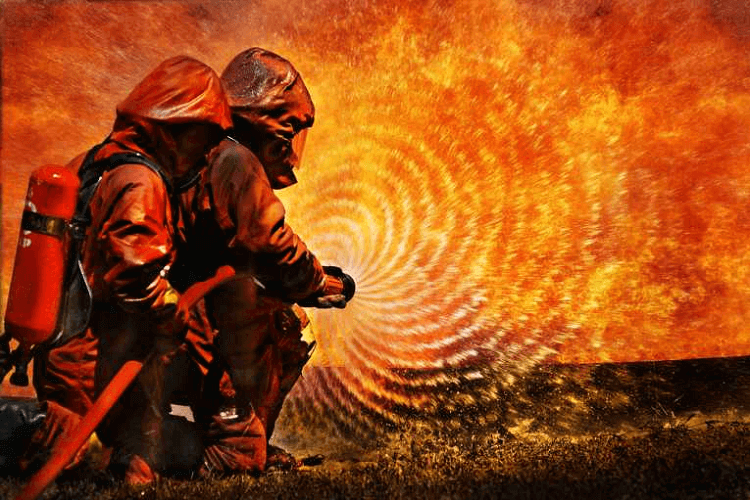 I like the presentation of the concept. It is very true that we often look at the visible aspects whereas the real drivers go unseen or unattended.

This is the main driver behind our SaaS start-up, so i fully endorse the concept. I am convinced that structured collection of those invisible aspects and adding them to management information will dramatically increase effectiveness.

And yes, they often go unattended. Because it is (still) hard make a solid rational business case to justify investing in addressing these intangibles.

Spot on Torben – – great read, thanks

“You cannot transform a system without transforming the relationships and the consciousness of the people in the system.” -P. Senge

In other words: transforming a system means working with all the things mentioned under the surface of the iceberg, i.c. the unconsciousness of the system.
Organizational constellations (B. Hellinger) can help to understand and make the unconsciousness impediments visible.

I loved your use of the Titanic an a euphemism for changing culture. Unfortunately what is acting as culture change today has about the same effect as if the Titanic passengers had all got together and started shifting the deck chairs around the deck in hopes of saving the ship. Leaders aren’t ignoring the importance of culture, they don’t know what to do about it. Many have tried and the deck chairs comment pretty much sums up what they did and the results. The ship sank.