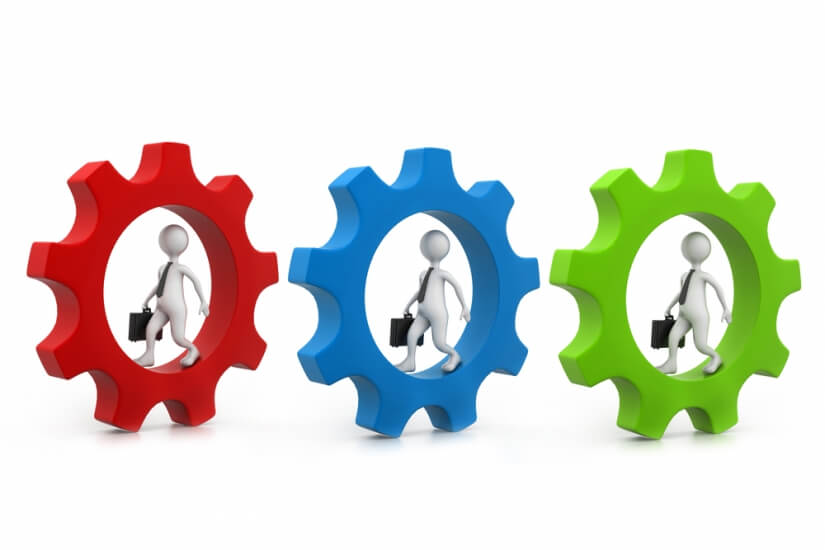 Has lack of employee engagement among employees become the norm rather than the exception? That question may already have been answered.

The vast majority of the German workforce is not engaged with its work. According to Gallup 86% percent of German employees are “not engaged” or “actively disengaged” in their work, meaning they are emotionally disconnected from their workplaces and are less likely to be productive. That leaves 14% of of German employees who are “engaged,” or involved in and enthusiastic about their work and contributing to their organizations in a positive manner.

The United States has an advantage over Germany in the percentage of engaged and not engaged employees: 29% of American employees are engaged, and 51% are not engaged – a difference of 15 percentage points compared to Germany’s engagement levels.

Obviously, there are areas of concern for Germany, but it’s probably not German employees’ fault. The problem with engagement can be attributed to a lack of leadership at work:

My boss is really good professionally . . . but leading employees is absolutely not his cup of tea

Neither is he aware of the strengths of each individual on our team, nor does he communicate [with] or involve us.

Maximum performance is not possible like that. All this frustrates me. If I would get a job offer today, I would be gone just like that, even though I really like working for this company because it sells good products (said a survey respondent)

The reasons for low engagement on a personal level are dissatisfaction with supervisors, a feeling that what they do does not matter, and a lack of recognition for a job well done.

My boss acts according to the motto: If you don’t scold, that’s praise enough. Why am I putting in an effort and giving all I have?  I wish he would recognize and appreciate my achievements. I have never heard him say something along the lines of ‘Great work you did there (said a survey respondent)

When you recognize people effectively, you reinforce, with your chosen means of recognition, the actions and behaviors you most want to see people repeat. Employees feel cared about and appreciated. It may seem simplistic, but people who feel recognized and cared about produce more and better work.

I believe that lack of engagement has been the norm. That is because the vast majority of bosses use the traditional top-down command and control approach to managing people, an approach which by its nature tends to demotivate and demoralize employees.

Causing employees to choose to become engaged requires management to meet the five basic needs of employees at a reasonably high level. At the highest level, my own management experience indicates that employees become over 300% more productive than if poorly engaged and they literally love to come to work. So how engaged or disengaged employees are is a direct result of how they are treated by management.