Annual engagement survey is coming to an end

Annual engagement survey is coming to an end 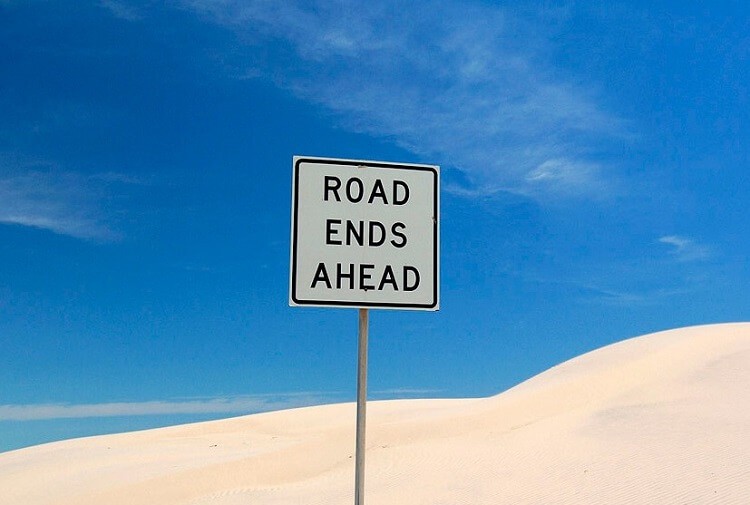 Is the word “employee engagement” old-fashioned

The evidence is undeniably clear – employee culture and engagement drives company performance. In response to this evidence, the employee engagement survey has risen to near ubiquity over the last three decades.

Is it time to sack the annual employee engagement survey?

Most engagement surveys are focused on composite scores and generalized benchmarks – based on employees responses to rank ordered questions about their sentiments on different topics.

These responses are then weighted and calculated to create a set of average scores against a range of engagement categories. While these numbers seem intuitively important – in reality they are just mathematical fabrications.

In an attempt to assign meaning to these fabrications, benchmarks are developed. The promise of these benchmarks is that they let leaders compare their composite scores to others and know how they are doing. But really this is just comparing mathematical fabrications across contexts and it gives leaders little actionable insight.

Traditional engagement surveys do not help leaders understand what they should actually do to increase employee engagement in their specific cultures and teams. And more broadly, they don’t tell leaders how they can most effectively cultivate employee motivation, mindsets, behaviors and habits that lead to business performance. Traditional engagement surveys don’t actually help leaders act – they just give them a set of difficult to interpret scores.

But the days of the annual engagement survey is coming to an end, to be replaced by a much more holistic, integrated, and real-time approach to measuring and driving high levels of employee commitment and passion. 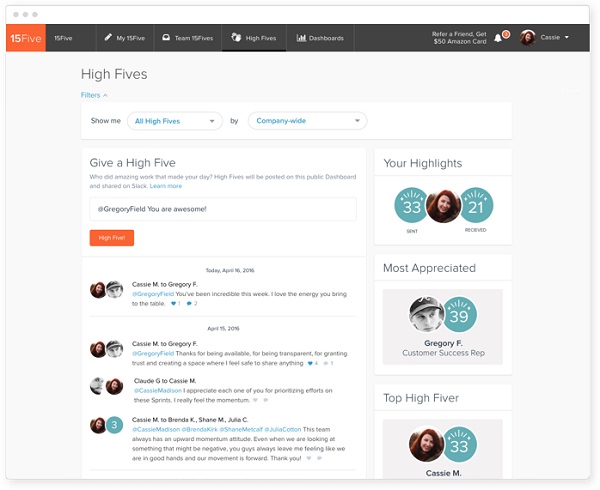 An industry of new culture diagnostic and feedback tools is emerging. New, mobile and real-time tools to assess culture, collect regular and real-time feedback, and analyze employee sentiment are disrupting the market for employee engagement and culture surveys.

Some of the new vendors include CultureAmp, TinyHR, BlackbookHR, 15Five Glint.io, OfficeVibe, Waggl and dozens of others now offer real-time engagement and employee feedback tools to help leaders better understand and improve their workplace environment.

These new tools each have different ways of actively measuring employee feedback and sentiment. Consider these tools as the anonymous “heartbeat monitors” of the business.

Short URL & Title:
Annual engagement survey is coming to an end — https://www.torbenrick.eu/t/r/lof
Share it:
If you enjoyed this article, please take 5 seconds to share it on your social network. Thanks! 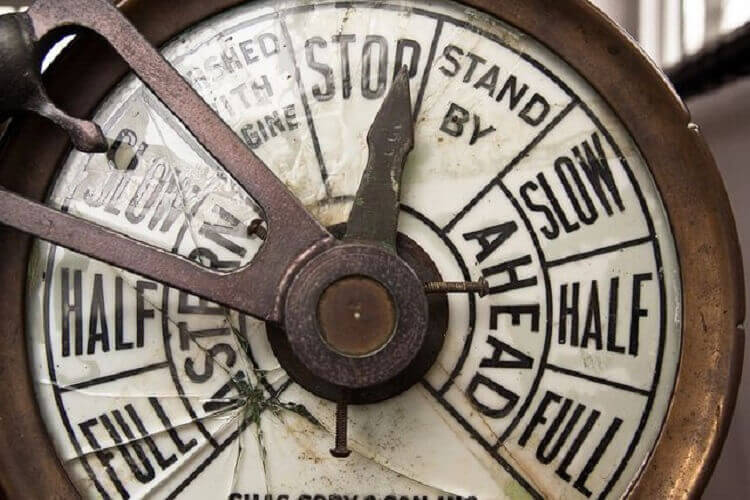 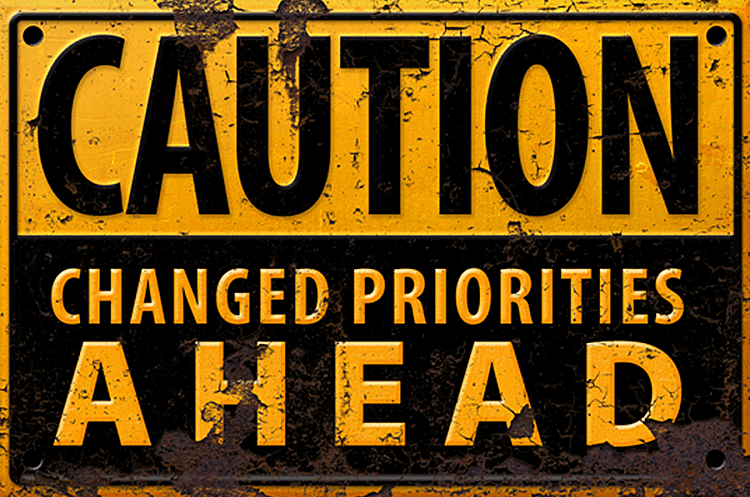 The engagement industry is full of people who are engaged. The only people that read this will be engaged. You do not see the disengaged reading articles on engagement. Both sides see the issue from one perspective only. Because there is a logical reason to get more engaged (money etc.) it shouldn’t be difficult to persuade the dolt heads who haven’t got it yet to understand. More engagement is good; less engagement is bad.

However, suppose you are fully engaged. Could you become disengaged instead, both in and out of work, for the rest of your life? What would it take?

If the engagement process works, it ought to work both ways. If we put aside the disbenefits for a moment, it ought to be possible to get a fully engaged employee to change and become disengaged. I invite you to imagine doing that yourself, now, just for a moment. How would you act? Behave? Feel?

I don’t believe this is possible. I can’t imagine how I would get disengaged – it’s what I do, part of me. If you take it away, what do you have left? The disbenefits aren’t the issue – they’re insignificant. It’s the very process of changing that seems impossible, to the point no amount of money could compensate.

Taking a flight of fantasy, it’s not too difficult to imagine a world in which the central focus was religion, with less technology – where change occurs slowly, and introspection, observance of rules, quiet contemplation and the study of religious texts were considered important above all else.

In this world, of peace, calm, order and stability, they might well be running courses on how to become disengaged, equally unsuccessfully. Here, more engagement is bad; less engagement is good.

Maybe it’s impossible to change our engagement level? Maybe we are effectively hardwired this way?
Human characteristics are at least partly the result of millions of years of human evolution. Most of that time was spent as hunter/gatherers living in groups of up to about 150. It was Robin Dunbar who discovered that the size of social grouping for primates is directly proportional to the size of the neocortex. Extrapolating, he calculated that for humans, it would be 148. It is, on average, the most number of friends we can have. A friend is someone with whom we have a meaningful relationship, not a “funny friend” on social media. Contrary to what you might think, I seem to recall that the average number of friends on Facebook was about 144, but I may be wrong.

150 is the size of a basic fighting unit from Roman times up to modern day. It’s the optimum size for an SME, and many, many other groups, and is now largely a given. A group of 150 allows for a cohesive, self-policing unit where everyone has a contribution to make.

This is pure speculation, but it’s not unreasonable to consider that the personality types we have today are related the ones that were most appropriate for those groups of hunter-gatherers. We may argue over what they did, how they lived etc. but I think we can say with confidence they were not running an engagement program. Perhaps the personality types required were well adjusted to meet the needs of this group. Not too many spear chuckers, enough gatherers, etc.

Pushing speculation way beyond the absolute limit, a hunter-gatherer society needs hunters and gatherers, so maybe there may have been 30% hunters and 70% gatherers? Whatever they were would have been appropriate at the time.

Returning to the present day, there are three unpleasant possible truths to consider. First, if engagement isn’t possible, attempting it amounts to torture of the worst kind. If all the engaged people reading this (Oi! you at the back. Yes, I mean you) can’t change and won’t become disengaged, they should stop trying to do it to others. If you are disengaged, and not able to be engaged, and know that this is making you poor, ill, etc. how good does that make you feel knowing you can’t change?

Secondly, If people can’t change, then the reason why the disengaged have their “disbenefit package” is not because they are disengaged, but because the engaged have taken the resources as if there is a finite quantity of, say, money. If I get a pound, you loose a pound, and with the money comes health, etc.

Do you remember what Mary Poppins said, about the best place to start? If we go back to the origins of engagement, it seems widely agreed that the term came from a paper by William Khan in 1990. This was a six-week study of 30 people. It’s a fact that psychology experiments have “issues”, the main one being that only 34% can be repeated. Once Khan published, his work was taken by others, and engagement was very quickly adopted. Looking back, there doesn’t seem to be much evidence that it was tested, that I have seen. Perhaps it was all so obviously going to work, it wasn’t? That is speculation.

This is all naive and simplistic, childish even. But not as foolish as running an experiment for 33 years that has consistently produced the same result – not the one we want, but it’s reported daily. What is that about? And although I have avoided mentioning any specific techniques, what are to make of an idea that is supposed to improve engagement, by making the disengage change, only to find that currently, it’s being used to exclude the disengaged from the recruitment process? And only recruit engaged people? I’m not saying that is right or wrong, but I am saying it strongly suggests that you can’t change any other way.

Maybe we need to accept that people are people. We have our strengths and weaknesses, our fallibilities. We need difference, anyway. A world full of 100% engaged people, 100% of the time, would be a nightmare. Imagine it. And what purpose would it serve?

So, I ask you again, how would you fee, if you had to disengage?