If you mess up, your family might forgive you but the web world will not – they will hold you accountable. While some companies are looking to social media as a way to clean up and promote their image, the online audience has a tendency to sniff out the good from the bad and put emphasis on the evil.

Well in the wake of the oil spill disaster in the Gulf of Mexico, a boycott movement against BP is now hovering around 400 thousand fans (Update: 06.06.2010) on the Facebook group “Boycott BP“. 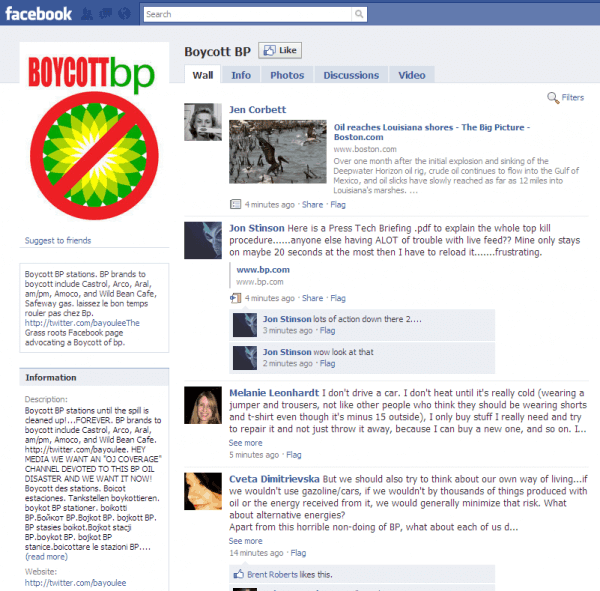 Commenter’s on this page are urging everyone to stop buying from BP, and posting articles implicating BP in other disasters around the world. Even reporters are flocking to Boycott BP, looking for sources to voice their concerns in print or on camera.

There are approximately a dozen albums of user-generated photos, showing everything from a pelican soaked in oil to images of a BP rig sitting on Planet Earth with a bloody sword.

And on Twitter BP is facing problems with @BPGlobalPR (BP Public Relations) – a joke account with more than 128 thousand followers (Update: 06.06.2010)