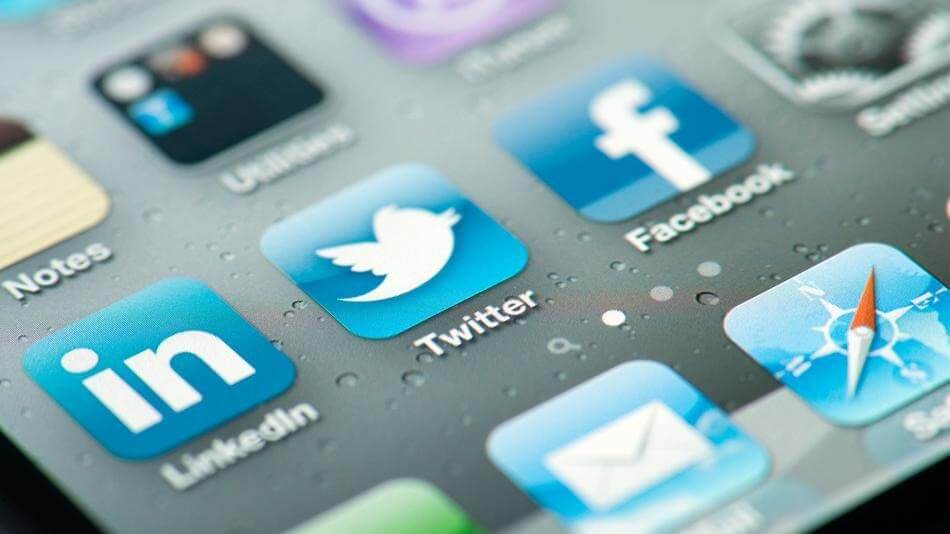 With increasing numbers of people registering and managing their profiles in social networking websites, Twitter is one of the major microblogging services that have gained importance and enjoyed tremendous popularity over the years.

As more and more companies ramp up their Twitter presence, the likelihood that something off-message will slip by the digital goalie goes up considerably.

There are 3 types of corporate Twitter failure that cause corporate heartburn: 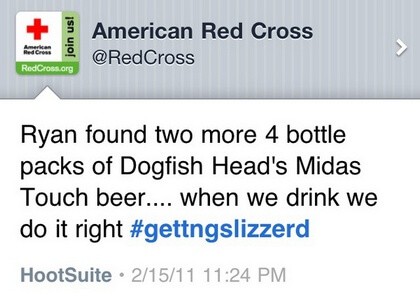 The message had been intended for her personal account but after appearing on the American Red Cross Twitter feed for around an hour, it was taken down by Wendy Harman, the social director for the organization, following calls she received in the middle of the night. Huang posted a later tweet on her own personal Twitter account to say that the blooper was due to her lack of ability when using Hootsuite.

This could have gone on to cause a PR crisis, however Red Cross handled this situation in exactly the correct way, by not making too much of it and tweeting it’s own amiable explanation making light of the error, saying, “We’ve deleted the rogue tweet but rest assured the Red Cross is sober and we’ve confiscated the keys.” 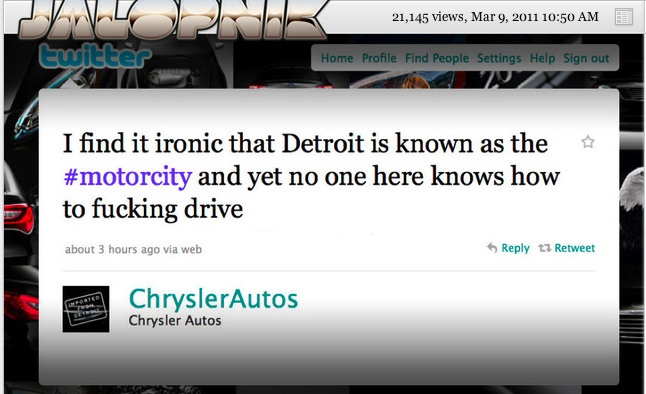 The official Twitter account of Chrysler brand vehicles dropped the F-bomb in an update from an employee at the automaker’s social media agency.

The post read: “I find it ironic that Detroit is known as the #motorcity and yet no one here knows how to fucking drive.”

The Vodafone Twitter account Tweeted this message: @VodafoneUK: is fed up of dirty homo’s and is going after beaver. @VodafoneUK removed the message but unfortunately the tweet reached over 9000 followers and whilst the message was ‘deleted’ countless people retweeted it. Apparently rather than a hack this was an employee. @VodafoneUK had to sent out an apology to its followers saying : “We’re really sorry. A severe breach of rules by staff in our building, dealing with that internally”.

Wrong use of #hashtag

These types of Twitter mistakes are a bit more disconcerting, as you get into questions of appropriateness and poor listening.

When American clothing designer Kenneth Cole posts the advertisement with the hashtag #Cairo, the Twitterverse almost turns against him. Immediately, Cole removed the tweet and left an apology. 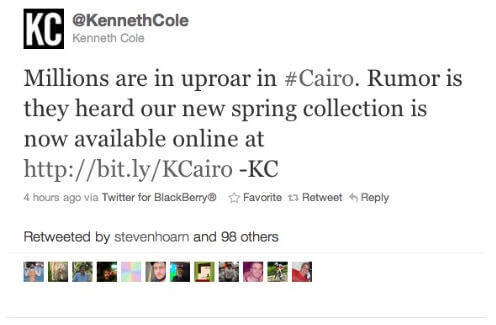 Why didn’t Kenneth Cole learn from the mistakes that UK retailer Habitat did a couple of years ago?  The company employed “hashtags” like Iran election and Mousavi – being some of the most popular – to improve positioning in search results and to boost their hit rate. Anyone searching on the site for information about the Iran election or Mousavi was presented with a link to Habitat’s latest catalogue.

After Japan tsunami and quake, the search engine Bing states on its feed, “How you can #SupportJapan – For every retweet, bing will give $1 to Japan quake victims, up to $100K”. However, the message largely aims at boost the Bing’s brand recognition on Twitter.

After years of top-secret food development Burger King introduced a new, lower-fat french fry known as Satisfries. They used #WTFF (“What the french fry”) – the only problem with this hashtag, was that it already in use use and standing for something else: “What The F*ing F*k”.

These types of Twitter mistakes can happen if employees don’t stick to corporate social media policies.

CNN’s senior editor of Middle Eastern affairs, Octavia Nasr, was shown the door after sending a tweet that expressed respect for the Shiite cleric Grand Ayatollah Mohammed Hussein Fadlallah. Despite a lengthy explanation of her 140 character foot-in-mouth, CNN brass stood by their decision. 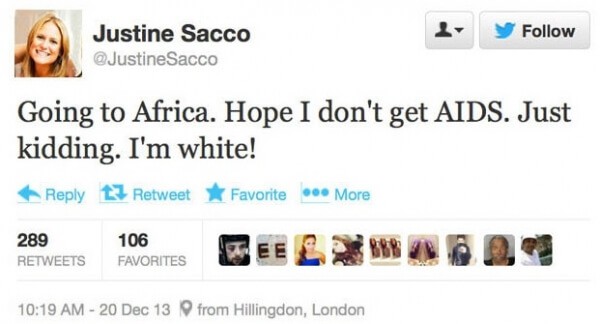 Short URL & title:
Top 3+ types of corporate Twitter failure and disasters — https://www.torbenrick.eu/t/r/sce
Share it:
If you enjoyed this article, please take 5 seconds to share it on your social network. Thanks! 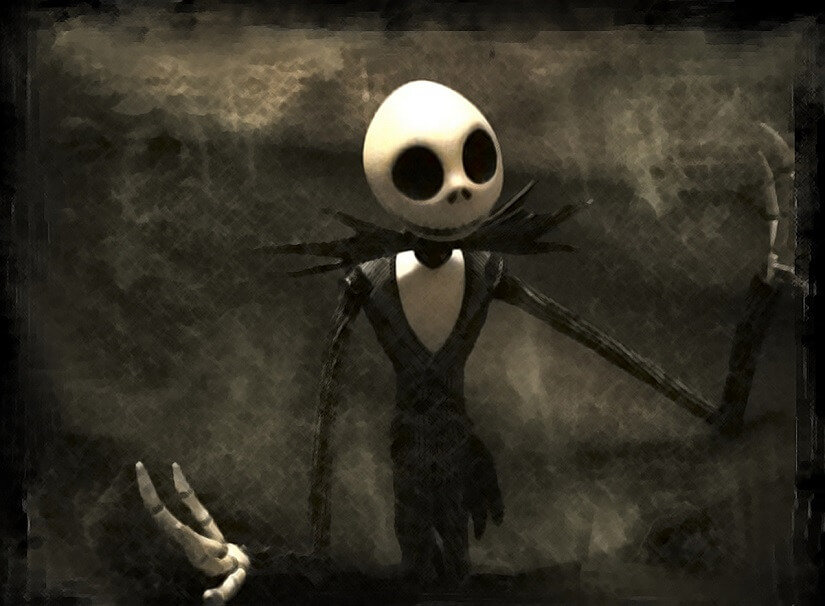 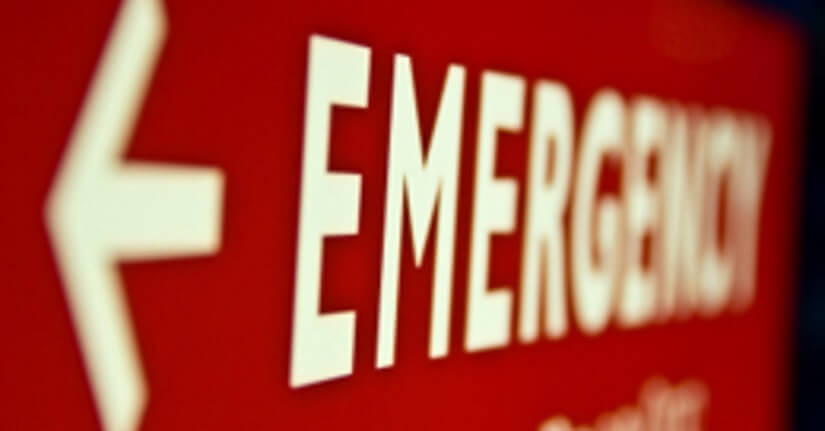 Yes, things go wrong, and it can be damaging for companies. I do believe that sometimes companies can win by showing their “human face” and that this can be just as successful a strategy as the trying to walk along the “right” social media path. An example is the Chrysler tweet. Personally I got a good laugh from that one. Consumers or followers or ? in the end we are all people that likes to have a good laugh once in a while. Consumers are as playful as ever on the social media platforms. This is an important point to consider for any company – how do we play?